What to Know About the National Broadband Network

The National Broadband Network or NBN is the wholesale Australian national open access network. This is a government-owned and operated Internet provider service. This is the largest infrastructure project that has been known in the entire history of Australia. This is a government-initiated program that has the goal to update the broadband infrastructure of the entire country. The NBN uses satellite services, wireless technology, cable networks, and fiber connections. The NBN will deliver various benefits to the communities in Australia and the country as a whole. The program promotes social equity, economic contribution, resilient networks, emission reduction, diversity & inclusion, and transparent and accountable business. At the same time, there are individuals who are opposed to this initiative. Learn some of the pros and cons to the Australian National Broadband Network.

The Cons of the NBN

The biggest issue with the NBN project is that it is taking an extremely long amount of time to complete. Once the complete installation of the NBA is complete and functioning for all citizens, it is possible that the technology will already be outdated, and they will have to start all over again.

#2 Paying for Other Citizen’s Services

The NBN initiative will require individuals who live in urban areas to pay for the services of those individuals who are living in the rural service areas. This proves that the NBN does have some disparities.

#3 Cost of Installing the National Service

The project will cost around $30 billion when it’s finished. Even though the NBN is a network that is supposed to be economical, it is going to be expensive in the beginning for its citizens.

#4 Spotty Coverage in Some Areas

The Pros of the NBN

Once the NBN is completely up and running, Telstra will no longer be responsible for the broadband infrastructure of the country.

This coverage will give great connections for internet calls and conference call platforms.

#3 A Great Move for Australia

Australia is the only country in the world that offers high-speed broadband to all of its citizens. After the NBN project is completely finished, Australia will be among the top countries that use integrated broadband technology.

By the time the NBN is completely rolled out, even individuals who live in the most rule areas of Australia will be able to access a fast Internet connection.

Even though the NBN rollout has been officially complete, there are still innovations that need to be improved upon and upgraded. Well, the majority of Australians are benefiting from this universal Internet system, there are still some who are not happy with the NBN; the good news is that there are other internet providers in Perth.

In reality, there is no way that everyone will be pleased with a nationwide initiative, but no one can deny the fact that there has been a number of positive advancements made in Australia due to this initiative.

Tips To Choosing The Right Internet Plan For Your Home Office 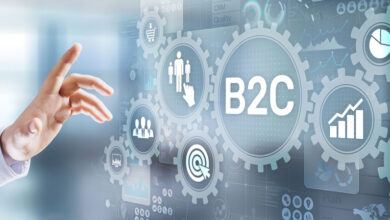 Your Guide to Scaling D2C and Technology Companies in 2022

Cybersecurity Tips For Modern Businesses In 2022