An article published by the BBC in January 2022 claimed that some young people are “ditching” their smartphones. The story focuses on 36-year-old Dulcie Cowling, who stopped using her smartphone in an effort to make better use of her free time. Other voices in the story are heard, including Hilda Burke, a psychotherapist, and author of The Phone Addiction Workbook. She says there is a link between smartphone usage and the quality of our sleep, our relationships, and our ability to relax and concentrate.

Anyone that’s used a smartphone for any length of time will almost certainly recognize some or all of these potential problems. Indeed, Cowling herself states that her mental health has sometimes taken a dip due, not to smartphones directly, but the social media apps we use via our mobiles. The self-imposed break, therefore, is as much of a psychological reset as a social one for Cowling. However, given that so much of modern life is linked to smartphones, is it really possible to ditch them completely?

Data from Bankmycell.com shows there are 6.64 billion smartphone users. That’s 83.96% of the world’s population, which is up significantly from 2016 when it was just 49.40%. Statista data shows that, in 2021, over 55% of smartphone users in the US spent over five hours per day on their devices. With so many people investing so much time in their smartphones, it’s highly unlikely they’ll ever disappear. The real question, therefore, is do we want them to disappear? There are certainly reasons to ditch smartphones and focus on achieving better sleep and relationships. However, there are also some drawbacks to ditching mobiles.

Navigation, for example, would become a lot harder without a smartphone. Yes, a satnav or the humble map are viable options, but they’re not particularly useful when you’re walking around a new town or city. Smartphones have become such hives of information that they not only direct you from point A to point B, but they also suggest alternative points. For example, if you want somewhere to eat, type “where to eat” into Google and it will use your smartphone’s location to suggest nearby restaurants.

Taking this a step further, you can use a smartphone like the Samsung Galaxy S22 to read restaurant reviews, look at pictures, and order food ahead of time. From this, we can say that smartphones are a source of convenience and inspiration. We also know they’re providers of entertainment. Music via apps such as Spotify are popular. Since 2015, over 50% of Spotify’s streaming activity has been conducted via mobile devices. Along similar lines is gaming. There are 2.2 billion mobile gamers around the world. What’s more, games now account for 43% of all smartphone usage.

Entertainment Streamed to Your Palm

Video games make up most mobile gaming activity. However, the rise of mobile gaming has also been fueled by the gambling industry. Games such as slots and blackjack have become popular with players around the world. This, in turn, has brought poker and sports betting into the mix. Some of the best betting sites in Australia give users access to all manner of markets. From horse racing to soccer, apps such as Bet365 offer another layer of entertainment for sports fans.

They do this through a combination of betting odds, news articles, statistics, and live streams. As such, the smartphone opens up a world of opportunities within the entertainment sector. We know that betting and gaming are enjoyable in their own right. However, mobile apps have evolved to the point where they aren’t all about gambling. They’re now hives of information and mini-TVs thanks to the live streams. The point here is that smartphones give us access to so many things that they’re almost indispensable at this point.

Taking a break could be a good idea, particularly if the amount of time you’re spending on one is becoming problematic. However, to ditch them completely is almost impossible, as it would isolate you from so many aspects of modern life. Moreover, it would cut you off from streams of information and entertainment. Therefore, while there is some merit to using your smartphone less, losing it for good isn’t necessarily a positive.

How to Strengthen your Brand with Technology The Technology That Makes Online Bingo What It Is Today 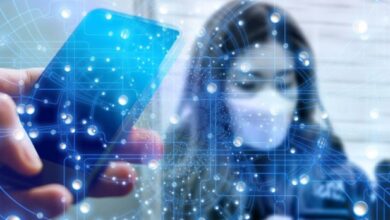