Can technology provide the solution to the UK’s drink driving problems? This article explores the possibilities…

In England and Wales, around 85,000 people are convicted of drink driving offences every year. Sadly, these offences result in between 210 and 250 deaths each year.

Drink driving destroys lives, and takes up a lot of valuable police time. Although a drink driving solicitor can be hired to deal with the details of the case after the fact, police often attempt to catch offenders before they cause harm to themselves or others, through various means.

In this article, we explore these technological means with which the police attempt to eradicate drink driving. Take a look…

The Problem with Drink Driving

As well as the risk of causing harm to yourself or others, drink driving brings with it some life changing penalties, depending on the severity of the offence, and these include:

Other consequences may include an increase in insurance costs, the loss of a job, and exclusion from travelling to other countries, for example, the USA. Drink driving should always be avoided, however, if you do find yourself in the unfortunate position of being arrested for one of these offences, it’s important that you hire the services of a drink driving solicitor immediately.

5 Anti-Drink Driving Technologies You Should Know About

Drink driving offences tend to rise sharply during the festive season, but a solution may be found in the use of anti-drink driving technology. Let’s take a look at some of these, right here…

Blow in following a blow out

In a recent Carwow poll, 38 percent of drivers said that they would welcome in-car technology which helps to prevent drink driving. The Alcolock, for example, is a breathalyser which can be connected to the ignition of your car and, as the name suggests, the device will lock the ignition in the event of a positive breath test, to prevent the driver starting the car.

Simple but effective, before a journey can be made, the driver breathes into the device, and if the reading is above the legal limit of 0.35mg per 100ml of breath (0.22mg in Scotland), the engine will simply not start. These devices have proved to be incredibly effective in the United States where DUI offences tend to be sky high. At almost £1,500 each, these devices are a little pricey, but a lot cheaper than a hefty fine or a lost license.

Introduced by Nissan, this clever gear stick is created with built-in sensors which are able to detect the presence of alcohol in a driver’s sweat. The technology quickly calculates the alcohol level in the sweat and, as with the Alcolock, the device will prevent the engine from starting and will alert the driver with a voice message. Nissan has been testing the technology since 2017 and plans to roll out cars containing these gear sticks in the near future.

This less than fragrant method uses smart sensors to detect the smell of alcohol in the vehicle from a driver’s sweat or breath. Although this could provide a simple solution, more work may be needed to allow the device to differentiate between the driver and any passengers.

In 1959, Volvo introduced the three-point safety belt – one of the most important in-car safety systems of all time. So, it’s no wonder that the Swedish brand is leading the way with anti-drink driving technology.

Volvo is committed to fitting its cars with cameras which will monitor the driver’s face and actions to determine whether or not they are fit to drive. This will include sensors which will identify erratic driving, a speed limit restrictor, and camera technology which will look for signs of incapacity, such as closed eyes or an overly flushed complexion.

The technology, which Volvo intends to introduce in the next few years, may also be able to allow the car to take over in the event of capacity and bring the vehicle to a safe stop.

OK, we may be going a little science fiction here, but the ultimate tool in the battle against drink driving may well be self-driving cars. This type of vehicle isn’t actually as far away as we may think, as brands like Hyundai are already working on the technology which may make this a reality.

However, as you may imagine, considerable work is needed before autonomous vehicles become mainstream, so don’t expect to see these on the roads any time soon.

Stopping Drink Driving in its Tracks

In 2021, there’s no excuse for becoming a drink driving statistic. Police and drink driving solicitors are keen to welcome technology which will put a stop to these offences which present a danger to drivers, their fellow drivers, and innocent pedestrians.

Do you think these drink driving technologies will help put an end to these dangers?

What Are Blockchain Games How to find out if someone is cheating at online poker 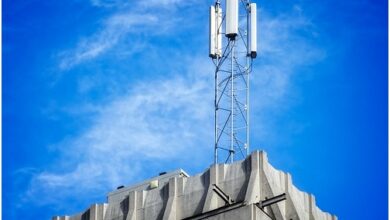