Cheating in the game has always existed and still exists today. Experts recommend getting informed about the most common ones in the poker world to learn how to detect them in a game, as well as several techniques to discover if they are cheating at a table.

In 2007, one of the most notorious scandals in the world of online poker took place. A hard blow for poker users who discovered how in one of their favorite rooms, Absolute Poker, there was a super user nicknamed Potripper who was surfing at ease stealing the information stored in the server data. The user took advantage of his privileged position to learn the private cards of poker players and thus win online games without difficulty. The alarm was raised by other users from different poker communities, who analyzed the disproportionate results in the player’s statistics. However, the trigger came after Potripper’s call in the Heads-Up of a $1,000 tournament against the player CrazyMarco. A situation that Absolute Poker confessed was originated by one of its former employees, Scott Tom, who compromised the security of the room and the system.

This is one of the few cases that exist of super users, besides being the highest level of cheating in the game of poker that there can be, as can be seen in the reports of the media and specialized poker magazines. This requires a high level of computer knowledge to hack into the security systems, say the specialists. Fortunately, the number of super users in the last few years has been nil thanks to the advances in computer science and the improvement of the security mechanisms of the systems of the poker rooms, as well as the new measures adopted by each one. However, cheating in poker games at lower levels, as in any other game, still exists and there are several ways in which it develops.

The specialists remind that the most important thing to prevent them is to know which are the most frequent poker cheats and explain some tricks to detect them.

Participate in a trusted and reputable room

Not all poker rooms are safe, especially because they do not have the necessary mechanisms to guarantee the security and privacy of the users, say the specialists. They indicate that you should look for rooms or gaming operators that have the respective Safe Gaming seal in each country, as is the case of Habwin: https://habwin.com/en/. This implies that it is a digital space adapted to the official gaming regulations and that it follows all the necessary security measures to guarantee the players’ peace of mind. This operator works according to the IP, which allows each player to play the games in his country and enjoy the specific promotions, as well as benefiting from the important security mechanisms, the double rakeback system and a 24/7 individualized attention through the web form, chat or through the social networks.

What are the most popular poker traps?

Experts remind what are the most popular traps used in the game of poker. First of all, they mention what they call multiple accounts or multi-accounts, which is nothing more or less than the creation of several accounts by the same player to have more chances of winning at the same table, ring game or tournament. They explain that the moves are usually very obvious in these cases, which usually gives away the cheaters, although they recommend paying some attention. Something very similar to what happens in this case is collusion. This trap takes place when two or more players cooperate at the same table to collude in order to collapse a player, the experts point out.

On the other hand, there is the possibility of competing against a virtual machine or boot, although nowadays the security measures of the rooms prevent this from happening or it is practically impossible, the experts remind. To this end, each room resorts to examining the programs running in the background, as in the case of WinHoldem Poker, taking screenshots, measuring mouse movements to check if they are natural or measuring the players’ reaction time. Some poker rooms make use of pop-up windows where players must type letters in a few minutes.

The ghost effect is another of the most common traps. This occurs when players receive help from other more experienced players to play a game, either through Skype or any other video call system, or directly with a colleague or friend who is in the same room in which the user participates. These traps, the experts explain, are more difficult to detect at the time, although they can be checked in a player’s statistics, when the scores improve very quickly, or when there are considerable ups and downs in them. Finally, apart from the super users mentioned above, there is account selling. In this last case what happens is that the user sells his seat in an online poker tournament to a professional player, which results in the latter having a much better chance of winning against players of a lower level.

To find out if poker cheating is taking place, experts recommend consulting specialized forums and popular poker communities, such as 2+2 (Two Plus Two) and PocketFives. They investigate suspicious actions of users of poker rooms, among others. In fact, both were responsible for uncovering scandals such as Absolute Poker in 2007, as well as other cases of super users such as Ultimate Bet, which suffered a similar situation from 2004 to 2008.

Something that every user can do is to analyze the statistics of the opponents in each room or through specialized software, such as Official Poker Rankings, Sharkscope, Poker Edge, Hold’em Manager, Poker Office and Poker Tracker, among others. This is of vital importance to detect traps such as account selling, super users or the ghost effect.

Trends for the IT Service Desk in 2022

How to clone a GitHub repository 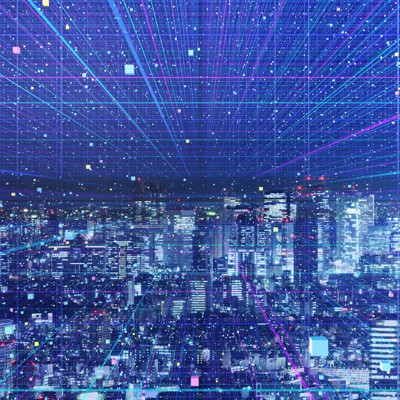 Commercial technology cannot be ignored in the federal market Breakthrough for the Realization of Ultrafast Quantum Computers