For most people, robots are still a sci-fi concept rather than the very real machines that produce most of the goods we use in our everyday lives. At best, some might remember the existence of robotic toys or even real-life examples of humanoid androids. But that’s not what we’re talking about when we discuss how robotics is influencing the future of architecture.

Rather, we should consider the kinds of machines that are often used in factory settings. For now, that brings to mind a row of robotic arms lining the sides of assembly lines. Those machines can only perform simple, repetitive tasks — but what if we can get them to do more complex actions?

If we can manage to do that, the way we approach architecture and construction may change forever. And that’s not the only way we can use robots to help us improve our architectural projects.

How Will We Use Robots in Future Architectural Projects?

Thinking about the future of robotics often makes people paranoid. Many of us have had a moment of insecurity that’s made us wonder whether machines will completely replace human labor in the future. Those concerns are usually valid. Automation will eventually creep into many industries — but that’s a good thing.

After all, why would humans waste their time and compromise their health performing tasks a robot could do? Besides, unlike humans, robots don’t need sleep — just a steady supply of electric power.

Moreover, using machines can all but eliminate mistakes and even make various manufacturing processes faster. All these things will streamline the process of conceptualizing and creating architectural structures. With that in mind, let’s go over some of the tasks robots might take over in the future.

Before we talk about how robots will minimize human labor on construction sites, let’s see how they will change the beginning stages of architectural design.

Currently, modern architects need to be able to draft and plan out future projects in computer programs likeRevit. They still need to input everything about the project manually, but the software has certainly made the job easier. Many architectural programs can even calculate the amount of materials a project will require, which has resulted in less waste production overall.

Of course, even if we use the latest software, we could encounter mathematical errors. If that happens during construction, the architect may be called upon to make corrections. They may even have to order more supplies or parts.

As an example, if the porous materials you’re working with expand on-site, your build may not come together properly. In the past, those kinds of problems have set projects back weeks if not months. But imagine having a robot on-site that can produce the exact part you need. In that case, the project wouldn’t be held up for long.

Going back to the planning stages of a project, there is yet another potential use for robotics in architecture. Namely, architects could have machines build their 3D models instead of doing it manually. A robot would essentially 3D print an accurate representation of a project using the exact materials that will go into the finished build.

That would allow architects to assess the viability of different features and materials before making those decisions final. And eventually, machine learning will enable these robots to suggest design solutions.

As we have mentioned, one of the main goals of robotics would be to relieve human laborers from tasks that are too strenuous or dangerous. With that in mind, there are several roles robots could take on in the future.

Firstly, they’ll be responsible for creating parts that will go into the build later on. In a way, we’re already seeing this happen in the form of different 3D printing machines and techniques. But we don’t often use robots on construction sites — so that’s where most of the advancements need to happen.

Just consider the robotic arms that are working on assembly lines. Their size and weight make them pretty difficult to move around, so they wouldn’t easily maneuver around a construction site. Also, they are usually programmed to do very simple tasks. So, once we find a way around those challenges, we’ll see an increase in the number of robotic helpers on construction sites.

We’ve already seen some attempts to bring about that future. For example, some robotics experts are already designing unmanned aerial vehicles that will eliminate the need for scaffolding. Instead of having people ascend those dangerous structures, you could simply have drones stacking your bricks and pouring the cement.

These kinds of innovations will even allow us to transform uninhabitable environments. To begin with, we could use them to construct settlements in deserts. And who knows? We might even move on to building underwater structures and space stations before long!

Last but not least, future architects will also be able to incorporate robotic elements into their creations. The most logical step toward that would mean embedding a building with monitoring systems and so-called edge monkeys.

These machines would be able to check the temperature, air quality, and lighting levels inside the building. Based on their readings, they would be able to adjust thermostats, as well as open and close blinds, windows, and doors. Unlike the smart home systems we have today, these elements would be built into our dwellings.

At first, this technology would focus on maintaining the condition of a building’s interior. But the idea is that we will eventually have architectural elements that are capable of adjusting to the external environment too. This brings to mind neo-futurist solutions like Ron Herron’s Walking City.

Naturally, that idea was purely speculative when Herron first came up with it in 1966. Still, it gives us an idea of what architects envision when they think about how robotics will influence the discipline. Just imagine it — a structure that is completely independent and even capable of moving on its own. That would truly be a technological wonder!

Anna Liza Montenegro is a trained architect and an accomplished marketing professional in the architecture, engineering, and construction (AEC) industry, she possesses both strategic and execution of marketing initiatives, go-to-market plans, and execute product launches.

At Microsol Resources, she develops the marketing strategy, brand management, digital marketing, and other demand generation activities for Microsol’s strategic partnerships with Autodesk, McNeel Rhino, Bluebeam, Enscape, Chaos Group V-Ray, Panzura, Ideate Software, and other partners. When not marketing, she loves spending time with her kids, traveling, and summers in Maine.

What will be the key blockchain use cases in 2022?

The advantages of having personal injury lawyers 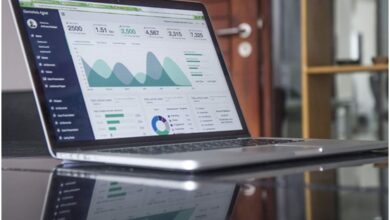