Enterprises have been steadily moving to the cloud over the years, often paying for multiple cloud platforms. The COVID-19 pandemic has significantly accelerated that trend as companies closed offices and outsourced on-premises operations.

Now that the pandemic appears to be over and employees are back in the office, some questions arise. Has someone on your team run his ROI analysis on cloud usage and is your company really saving money? Is a cloud-centric environment actually more scalable and secure than your team can provide internally? Has anyone — anyone — done the math recently?

David Heinemeier Hansson, co-owner and CTO of 37Signals (the makers of Basecamp and HEY) argues that many do not and should. With 2023 fast approaching and the need to support fully remote workers with cloud-based apps and software waning, it’s time to get some numbers.

Part of this ROI disconnect has to do with accounting categories. For example, a CFO can decline a request for additional her IT staff and then approve a much larger expenditure for cloud investments. This is because IT costs can be considered capital expenditures (CapEx) and cloud costs can be considered operating expenses (OpEx). That separation can make it more difficult to recognize whether the trade-offs make economic sense for the enterprise as a whole.

As with all things accounting, there are many interpretations. Hyoun Park, CEO and principal analyst at Amalgram Insights, agrees that accounting techniques can obfuscate cloud costs. But it may not be an OpEx vs CapEx issue.

“[Accounting]complexity can be quite nuanced,” says Park. “CFOs start thinking about ratios and metrics that may not make sense for simple profit. Cloud is seen as cost of goods sold and IT adoption is seen as a long-term investment. We look at revenue per employee, which is revenue divided by the number of employees, which is a fairly common metric as part of CFO compensation.”

In short, it explains why shifting money from IT to the cloud may not always help the business, but it looks good for the CFO.

Park argues that the key number to watch is 30%. What he projects is the profit margins of the major cloud companies. Soak up that number a bit, and then ask the cloud he platform again how it makes sense financially.

When the cloud makes sense

The other side has a lot to consider. The cloud certainly makes a lot of sense for some companies in some situations. It makes perfect sense for a small SMB without an IT team. And financial details aside, cybersecurity capabilities can certainly help businesses that do not have robust cybersecurity operations of their own.

Of course, there is also the single point of failure problem that is repeatedly seen in the industry. Many businesses are affected when their cloud platform goes down. This requires difficult calculations. Is your company better positioned to fend off an attack than Amazon or Google? This is an important question, and unfortunately, it may not be possible to answer definitively.

There are many other reasons companies invest in the cloud beyond pure ROI. Again, think about cybersecurity. For many companies with a relatively lax approach to cybersecurity, a large cloud environment can offer better security.

Another perceived value of the cloud is related to the lack of awareness of corporate IT operations. This is a classic example of Shadow IT. Workgroups need to scale up for projects. They submitted a request to the IT department, but were told they either hadn’t heard back or that the request would take a long time to reach them. At that point, some line-of-business managers decide to open up a credit card and purchase the space they need from major cloud platforms to cover the costs.

In other words, when IT moves too slowly and is understaffed for the needs of the enterprise, cloud options look very attractive to business units. This brings us to Task 1, which is difficult to compute. If every dollar a company spends on the cloud (including shadow costs that are often overlooked) is taken and the money can be used instead to hire more IT people and expand on-premises server farms, the company Can it save money? Given Park’s cloud profit margin figures, it’s very likely that IT investments will improve financially.

Hanson well thought out blog For many SMBs, the cloud may no longer make sense, especially in 2023. (His arguments are equally easily applicable to many companies.)

“The cloud excels on both ends of the spectrum,” Hansson writes. “The first objective is when the application is so simple and low traffic that starting with a fully managed service can really reduce complexity. and even if you start getting customers you can carry it pretty far and then you’re going to have a good problem later when your bill grows stratospheric as your usage increases but Second, if your load is very irregular, if your usage fluctuates a lot or has high peaks, if your baseline is a fraction of your largest need. Or if you don’t know if you need 10 servers or 100. As we learned when HEY launched, suddenly 300,000 users are 3 I signed up to try the service for a week.

Hanson argues that the cloud once made sense for his business, but not now.

“But by continuing to operate in the cloud, we are paying an almost ridiculous premium at times for the possibility of needing it. It’s like paying a quarter of what it’s worth,” Hansson wrote. “We pay over $500,000 a year for Amazon’s database (RDS) and search (ES) services. I have a lot of data to work with, but I still think this is ridiculous.Do you know how many very powerful servers you can buy with a budget of $500,000 a year?”

Then I addressed the “but you have to pay people to manage those servers” problem.

“People who think it’s easy to run key services like HEY and Basecamp in the cloud have obviously never tried it. increase.”

Hanson reiterated in interviews that how accounting calculates and categorizes costs impacts the marketing of major cloud vendors. The idea of ​​renting instead of buying offers “accounting advantages that may seem far superior to an investor” and that “for companies whose IT is so dysfunctional, the problem is Even more serious.

“Run the damn numbers. How much does it cost to rent a computer from Amazon? Why not buy your own?” Hanson insisted.

Hyung made almost the same argument. “A lot of companies bring value to the organization but he doesn’t calculate the ROI. They have him on a $50 million cloud deal. What else do you get for that $15 million? please think about it.”

But when you dive into the actual realities of running a business today, Hyoun says this can get tricky. “You need to show growth, capabilities, and roadmaps that help show a good future for your company. However, too many companies are overinvesting in public cloud computing. We believe this shows that we are a company for the future, even though we can achieve similar results by doing so.”

There is also the problem of recognition. “Server administration is tedious and everyone overestimates the time it takes to launch a new server,” he said. There is a monetary incentive to avoid visibility, so there is no need to classify costs, and perhaps no increase in the expected cost structure. It doesn’t hurt that an F500 company can become an ostrich because of long tail IT costs. ”

In addition, the problem of labor shortage has also been pointed out. Some executives believe they can’t hire enough people to manage their own operations, so they can justify paying big bucks for their cloud platform to solve the problem. I think. The problem isn’t so much IT talent shortages, it’s companies paying the same as they did years ago. (Inflation, which they complain about, should also affect salaries, and companies should pay far more for highly prized skill sets.)

There is also an ongoing psychological factor. In 2020, when COVID-19 first hit, companies had to close their offices and make many emergency cloud purchases. Many CIOs and CISOs were forced to make decisions like this and end up paying whatever their vendor asked for, feeling burned and never wanting to do it again.

Honestly, it might happen again. And no one is saying that every cloud investment should pay off. SaaS applications still make a lot of sense. But to run the numbers and fight back against the sleight of hand of CFO Accounts where he spends $80 million to avoid a $30 million investment looks like a good financial move. Find out what salary you have to pay to attract the on-premises talent you need, and enter that number in your spreadsheet.

If the cloud gets cheaper, that’s great. But I think you’ll find that many companies do the math and sometimes they don’t.

https://www.computerworld.com/article/3678430/this-would-be-a-good-time-to-test-your-cloud-roi.html This is a good time to test your cloud ROI.

“I got into the tech industry by chance.” 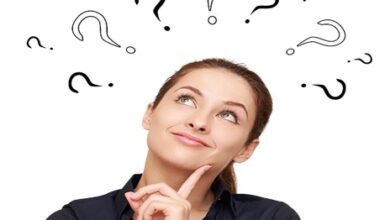