We are now often in fear of what happens when the virus and its host participate in an evolutionary arms race. Measures to limit infectivity and boost immunity are selecting virus strains that spread more easily and avoid at least part of the immune response. All of these are briefly explained by evolution and mathematically modeled.

However, not all evolutionary interactions are so neat and binary. The Thursday edition of Science included a tripartite battle between butterflies, bees parasitizing them, and a description of viruses that could infect both species. Calling subsequent interactions “complex” is a fairly understated expression.

One of the groups involved is Lepidoptera, butterflies and moths. Like any other species, it seems to be the victim of this story because it can be infected with the virus. Many of these viral infections can be fatal, but some kill animals quickly and others take time. The virus requires other hosts to transfer the virus to other victims, as they often attack at the larval / caterpillar stage.

Some of the species that perform this transportation service are parasitoid wasps that have their own design on butterflies. Bees lay eggs on caterpillars, and the larvae that emerge begin to eat caterpillars while they are still alive.

This situation causes some complex competition. For example, some viruses may rely on bees to spread to new hosts, but once they reach them, they begin to compete with bees for unfortunate caterpillar cells. However, caterpillars are not completely vulnerable and some can initiate an immune response against the virus. Some strains also appear to be able to resist invasion by bee larvae. However, viruses often encode proteins that weaken the immune response, which also benefits the competition for cells.

A recently published study began with the observation that bee species could parasitize certain lepidoptera, but that behavior was blocked when caterpillars were also infected with certain viruses. The virus is bee-independent for transmission because it invades caterpillars when eaten with leaves attached. Blocking bee activity can save many of the victims at no cost to the virus.

However, the virus was unable to kill the host and block all parasitoid wasps.

Researchers have found that sensitive bee larvae have actually been killed. Rather, something from the caterpillar caused an ordered form of suicide called apoptosis in the cells of the bee larvae. In any case, the research team was able to show that the killing was due to a factor dissolved in the liquid inside the caterpillar.

The factor eventually turned out to be a protein called a “parasitoid killing factor” or PKF. Researchers have obtained some of the amino acid sequences of proteins. This allowed us to identify the gene that encodes it in the viral genome.

Scanning of the viral genome revealed that some viruses that infect butterflies carry similar genes, and some have multiple genes. However, the PKF gene was not limited to viruses. Instead, many Lepidopteran species also carried them, and some species carried multiple versions. The characteristics of these genes suggested that they were picked up from the virus by accidental migration of DNA. (It is possible that some viruses have regained the gene from the host.)

Not surprisingly, the tests showed that the bees in question responded in a complex range. Larvae died in some PKF / bee species combinations. Elsewhere, development slowed down or stopped. In yet other combinations, PKF did not affect larval survival.

In at least one case, bees carried a virus that does not infect caterpillars by eating. Instead, it seems to rely on bees to transfer it. Of course, bees are not affected by that PKF. However, its PKF impedes the development of bee species that can compete for caterpillars. At the same time, the virus competes with bees that carry caterpillars. And the related Lepidopteran species definitely have PKFs that prevent bees from parasitizing them well.

None of this is static. Researchers have described complex situations at some point, but host range changes, gene transfer, and PKF gene family diversification will all continue. If someone checks in within 500,000 years, the situation can be even more complicated than it is today.

https://arstechnica.com/?p=1784237 There is a three-way war in the evolutionary turmoil of butterflies, bees, viruses, etc.

What is PCI Compliance? | TechRadar 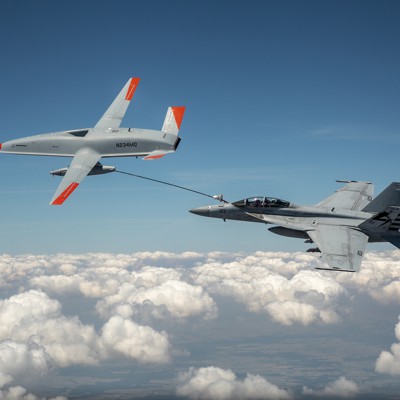