Linus Torvalds has announced the stable release of Linux 6.0, but has flagged that it does not contain “core new features” coming in Linux 6.1.

Since the first Linux 6.0 release candidate (rc1) in August, Torvalds has downplayed the implications of major version number changes.while you have called 6.0 a “pretty big release”He also said at a conference last month “I wanted 6.0 to be boring”

As he wrote on sunday The update states, “So, hopefully it’s clear to everyone, the major version number change is more about me running out of limbs than a big underlying change.”

“But of course there are a lot of different changes in 6.0. After all, there are over 15,000 non-merge commits in total, so 6.0 will be one of the bigger releases in terms of number of commits, at least for a while. ,” said Torvalds.

The big news about Linux 6.1 and likely to be one of the “core new features” that Torvlads mentions is Adding the Rust programming language to the Linux kernelThis allows developers to build things like drivers and other components in Rust instead of using the C programming language by default.

“This obviously means opening a merge window for 6.1 tomorrow. There’s a lot of pretty core new stuff lined up, unlike 6.0. But for now, try this latest kernel version. See Torvalds on the mailing list on Sunday.

via phonicsA pull request to bring Rust language support into Linux 6.1 was submitted to Torvalds on Saturday by kernel developer Kees Cook and Miguel Ojeda, the developer behind the Rust for Linux project.

Keith I wrote Torvalds a letter asking him to pull the “Introducing Rust” pull request., whose contents include “the absolute minimum for building Rust code in the kernel”. Kees says more interfaces and drivers are in development.

In addition to being superior to Linux’s existing C language in memory security, Torvalds sees Rust as a way to attract new developers.

“Rust is one of the things I think could bring new faces,” Torvalds said recently, adding, “We’re getting old and gray.”Torvalds mentioned in this initial releaseRust “has only core infrastructure (i.e. no serious use cases yet)”. 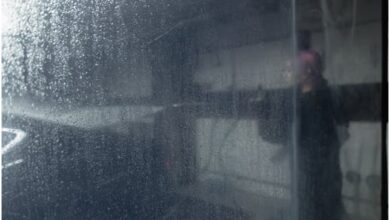