Linear regression is one of the most common algorithms for establishing relationships between variables in a dataset. Mathematical models are the tools data scientists need to perform predictive analytics. In this blog, I’ll explain the basic concepts and give examples of linear regression.

What is a regression model?

Regression models describe the relationships between dataset variables by fitting lines to the observed data. This is a mathematical analysis that classifies which variables affect and are most important. It also determines how confident we are about the factors involved. The two types of variables are:

Suppose you have data on monthly sales and average monthly rainfall over the last three years. Let’s say you plot this information on a chart. The y-axis represents the number of sales (dependent variable) and the x-axis represents total rainfall. Each dot in the graph shows the amount of rain in a particular month and the corresponding number of sales.

If you look at the data again, you may notice the pattern. I think sales will increase on days when it rains a lot. However, it can be difficult to estimate how much it usually sells when it rains a certain amount, say 3-4 inches. You can get some certainty by drawing a line in the center of every data point on the graph.

Now, with statistical software such as Excel, SPSS, R, and STATA, you can draw the best line for your data. You can also output an expression that expresses the slope of the line. 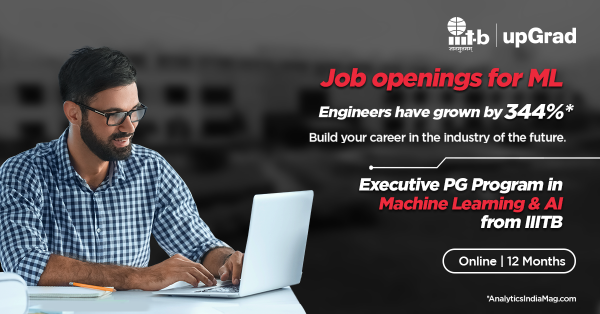 A simple linear regression model uses a straight line to estimate the relationship between two quantitative variables. If you have multiple independent variables, use multiple regression instead.

Consider an example of this linear regression. Social researchers who want to know how an individual’s income affects their level of well-being perform a simple regression analysis to see if a linear relationship occurs. Researchers obtain quantitative values ​​for the dependent variable (happiness) and the independent variable (income) by investigating people in specific geographic locations.

For example, the data includes income and well-being (ranked on a scale of 1 to 10) for 500 people in Maharashtra, India. The researcher then plots the data points and fits a regression line to see how the income of the respondents affects their well-being.

Linear regression analysis is based on some assumptions about the data. There is:

y = c + ax is the standard equation, y is the output (I want to estimate), x is the input variable (I know), a is the slope of the line, and c is the constant.

Here, the output changes linearly based on the input. The slope determines how much x affects the value of y. The constant is the value of y if x is nil.

Let’s understand this through another example of linear regression. Suppose you are employed by an automobile company and want to investigate the passenger car market in India. Let’s say that gross domestic product is affecting passenger car sales.To make a better plan for your business, you may want to find a linear equation for the number of vehicles sold domestically with respect to GDP.

To do this, we need sample data for annual passenger car sales and annual GDP figures. You may find that this year’s GDP will affect next year’s sales. Even if GDP was lower than in either year, car sales declined the following year.

A little more work needs to be done to prepare this data for machine learning analysis.

Performing a simple linear regression in R makes the results much easier to interpret and report.

In the same linear regression example, let’s change the equation to y = B0 + B1x + e. Again, y is the dependent variable and x is the independent or known variable. B0 is the constant or intercept, B1 is the slope of the regression coefficient, and e is the estimation error.

Statistical software like R can find the best line in the data and search for B1 to minimize the overall error of the model.

Note: The output includes results such as calls, residuals, and coefficients. The Call table shows the expression used. Residual provides median, quartile, minimum, and maximum details to show how well the model fits the actual data. The first row of the Coefficients table estimates the y-intercept and the second row shows the regression coefficients. The columns in this table have labels such as Estimate, Std, and so on. Error, t-value, and p-value.

The linear regression example above outlines the generation of a simple linear regression model, the detection of regression coefficients, and the calculation of estimation errors. He also touched on the relevance of Python and R in predictive data analysis and statistics. Practical knowledge of such tools is essential for pursuing today’s data science and machine learning careers.

Strengthen your career in machine learning and artificial intelligence

Windows and MS Office at the cheapest price of $ 7.50

I made cinnamon rolls with an air fryer, and they were better than my usual way Martian organic salts are the key to proof of life there Pre-order iPhone 13: Deals and Prices on Verizon, AT & T, Best Buy and more